Recently, two very successful authors helped us all by providing commentary on the business end of publishing. Yes, I've eventually get around to posting more about writing - but I need to learn about these realities if I am pursuing more than a hobby here. And I am. Assuming you are, too, dear reader -- you need to know this stuff, too. Sigh, I know, I know.

First: Tess Gerritsen - who writes a great blog, as well as a great book, discusses first books, and book deals.

Second: Sara Donati, who also writes under the name of Rosina Lippi, offers some plain truths on her great blog. You need to keep coming here, she offers publishing info and advice, regularly. And the organization is fantastic.

"First, let's dispose of the "first book" question. Because the answer on that one is, it's a total crap shoot. First book advances are completely unpredictable and involve a lot of hocus pocus, because no one really knows the potential of a first-time author. Some first books get a pitiful advance of a thousand dollars. Then there's Elizabeth Kostova who earned a two million dollar payday for her first book, THE HISTORIAN. Which, incidentally, turned into a very good investment for her publisher, as the book will almost certainly recoup that astronomical advance. Obviously the range for first-book advances is all over the board, and depends on factors as diverse as who your agent is, whether you've got a compelling personal history, whether you're a hot looking stud....

".... It's no secret that publishing is a business, and the goal is to make money. Or at the very least, to break even. If you follow the announced deals in PUBLISHERS WEEKLY or the online website PUBLISHERS MARKETPLACE, you'll start to get an inkling of what multi-published authors are getting. But you can also guess, knowing typical royalty rates, what an author is probably worth in real dollars. With major publishers, hardcover royalties tend to run around 12 - 15% and paperback royalties tend to be around 6- 10% of cover price. So a writer who's sold 25,000 hardcover copies has earned $75,000 in royalties in hardcover sales alone, and his next book deal should certainly reflect that. His next advance should be, at a bare minimum, $75,000. (And we're not even talking about paperback earnings yet, which will be on top of that.) More likely, the next advance will take into account continued growth, and will probably reach well into six figures.

"But once you get into the stratosphere of NYT-bestselling authors, the numbers may no longer be anchored to real sales figures, but may soar much much higher. From my own observations of the business, authors who consistently place in the bottom third of the NYT list (Positions # 11 - 15) are worth at least a million dollars a book, North American rights. We're talking combined hard/soft deals here, since most publishers now retain paperback rights. If you consistently place #6-10, your deals go even higher, into multi-million dollar range. Once your books consistently place in the top third, the deals become wildly unpredictable, because now we're talking Harry Potter and Dan Brown territory. Eight-figure book deals are not out of the question."

"The money an author makes from a given book usually comes in two ways. The advance is the upfront money, 5 or 10 or 200 thousand dollars, or, occasionally, more. The book is published, the book starts to earn (hopefully), but the author doesn't get any money until the advance is "earned out" -- that is, if author X is supposed to get (for example) 10% on a cover price of $20, and she received $10,000 as an advance, she won't get anymore money until 5,000 copies of the book have sold.

"If she takes the $10,000 advance on an unwritten book and can't write it? The money has to be repaid.

"If she gets an advance of $200,000 and the book only sells a total of 1,000 copies? She doesn't have to pay back the advance, but the publisher is unlikely to buy another book from her.

"...A publisher offers you a contract, and an advance. The amount of the advance doesn't have to do with how good the novel is, or how much they like it. A million dollars does not equal an A+. The advance is their best guess on how many copies of the book they can sell. No matter how much the acquiring editor loves your novel, the publishing house does not want to overpay you. End of story.

"...I hasten to add that I do know how much money I make a year in total, all royalties and advances, domestic and foreign. Since I've started publishing novels in 1999, my annual income has fluctuated between 400,000 and 170,000, with the average around 220,000. Something to remember: this will not last forever. Sooner or later, this well will dry up.

"The information about advances and pay outs becomes more important if there's a new contract being negotiated. Publisher X says: well, we'd like to offer you more but her last novel didn't pay out... or Agent X says: look, she's had four novels pay out within a year each, you've got to do better."
No comments:
Email ThisBlogThis!Share to TwitterShare to FacebookShare to Pinterest
Labels: Author Interviews, Money, Publishing Details, Publishing Industry, Role Models
Newer Posts Older Posts Home
Subscribe to: Posts (Atom) 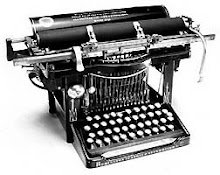